Chapter 61 : A History of Wine Labels

"The peoples of the Mediterranean began to emerge from barbarism when they learned to cultivate the olive and the vine." So wrote the Greek author of the "History of the Peloponnesian War" in the fifth century B.C.,(Thucydides: 52-53). The earliest evidence we have for the cultivation of grapes and the supervised fermentation of their juices dates back to 6000 B.C. in the ancient Middle East.

Recent excavations at the Godin Tepe site in the Zagros mountains of Iran (Badler, 1995; McGovern and Michel, 1995; McGovern, 2003), have revealed pottery vessels dating from c. 3100–2900 BC which contained tartaric acid, almost certainly indicating the former presence of wine. Even earlier evidence for the existence of 7,000 years old wine came from one of six two-and-one-half-gallon jars excavated from the kitchen area of a mud-brick building in Hajji Firuz Tepe, a Neolithic village in Iran's northern Zagros Mountains. Using infrared spectrometry, liquid chromatography, and a wet chemical test, Patrick E. McGovern and a team from the University of Pennsylvania Museum found calcium salt from tartaric acid, which occurs naturally in large amounts only in grapes, suggesting that the fluid contained therein had been made from grapes. According to a Persian legend, wine was discovered by a depressed young girl who wanted to commit suicide, thus drinking the spoiled residue left by rotting table grapes. Instead of poisoning herself she was intoxicated and found the pleasures that life can offer. 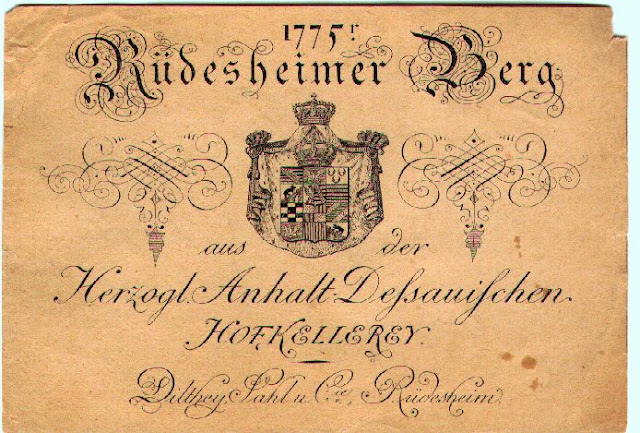 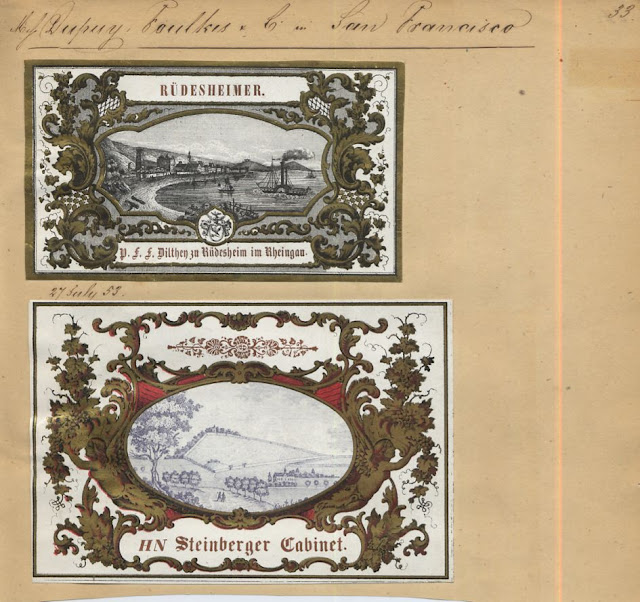 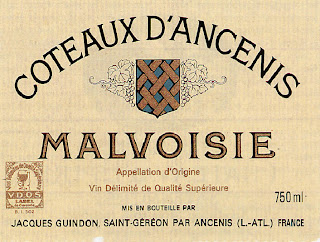 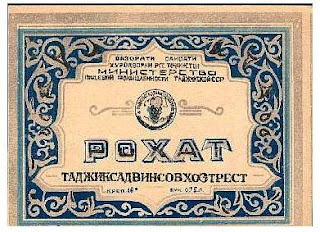 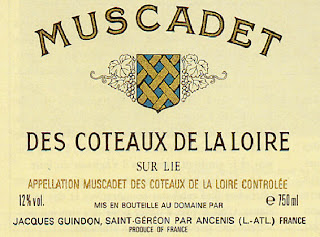 Although the evidence dated back to 1352 BC, from Egypt’s King Tut burial site (unearthed in 1922 by archeologist Howard Carter), indicates that the ancient Egyptians were the first who labeled their wines detailing vintage, growing region or vineyard, and winemaker, it was in the Persian Empire that  labeling of wines became a necessity, because of the many verity of wines, including the Greek and Phoenician  wines from Sidon,  arriving at the Great King's wine cellar at Persepolis. In fact, according to Herodotus the Persian Achaemenid Empire (550-330 BC), had an elaborate culture of wine drinking . The Persians " are very fond of wine" he writes (I1.33). Cambyses was particularly notorious in this department (Herodotus III.34), and Cyrus the Younger boasted of holding his wines better than his brother Artexerexes (Plutarch, Art,6.1).

A lion and a griffin gold wine-goblet from Iran, late second millennium and early first millennium BC.

Some of the tablets found at Persepolis, built by Darius around 500 BC records the distribution of wine. By royal authority, it was distributed among citizens according to precise criteria with amounts carefully calibrated according to ranks. Members of the king's own family were issued about five quarts per day, although much more would be forthcoming on the occasion of a banquet; one entry in the archives tells of a princess getting a shipment of five hundred gallons. Officials, members of the royal guard and various functionaries took some of their salary in wine. Ordinary workers received a monthly allowance of ten to twenty quarts. And women of the working class were rewarded with wine if they added to the labor force: When a male child was born, the mother received ten quarts; a girl baby warranted only half as much..


The King drank a special wine reserved for him (Posedonious and Heraclides apud Athenaeus IV.145c and 1.28, Strabo XV.3.22), undoubtedly the Chalybonian wine from Syria ( Athenaeus II.28d.). Herodotus mentions this in connection with Symposia , drinking feats, as do Aaelian (VH XII.1) and Starbo "they carry their most important deliberations when drinking wine (XV.3.20). According to Heraclides, it was the same during the Symposia organized around the king after dinner with his select drinking companions (Sympotoi, Athenaeus IV.145 c). We also know from Dinon that the king drank from a special cup shaped like an egg (XI. 503. F).

The Royal Cupbearers, like today's French servers in a posh restaurant, followed an impeccable royal protocol "the cupbearers  of those kings perform their office with fine airs; they pour in the wine with neatness and then present the goblet conveying it with three fingers, and offer in such a way as to place it most conveniently in the grasp of the one who is to drink" (Xneophone, Cyr. 1.3.8).

This elaborate tradition was followed by the Sasanian Empire (224-651 AD). A Middle Persian text from this era  entitled (King) Husraw and Page is perhaps the first recorded recommendation list of wines by a wine connoisseur: 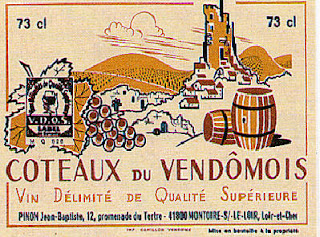 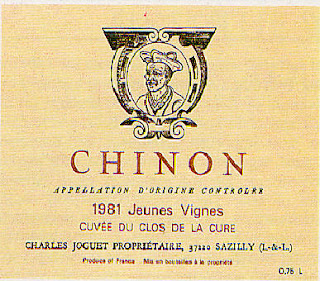 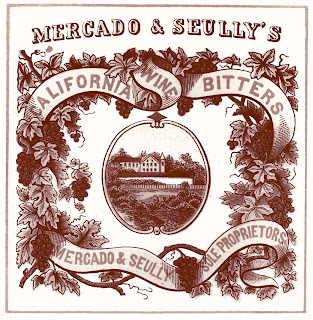 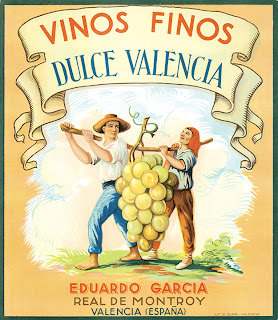 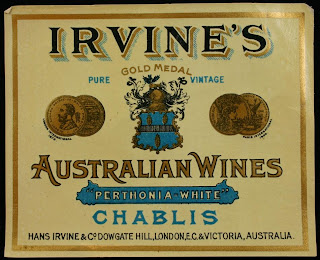 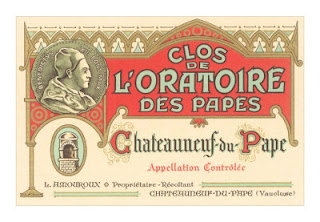 In Europe, wine-making was primarily the business of mithraea and monasteries, because of the need for wine in the Mithraic and Christian sacraments. Mithraic Rite of Dionysos was a "wine cult", concerned with the cultivation of the grapevine, and a practical, understanding of its life cycle - embodying the living god - the creation and fermentation of wine - the dead god in the underworld - and the intoxicating and disinhibiting effects of the drink itself, believed to be a possession by the god’s spirit. During the Renaissance, the virtues of various wine regions were appreciated by the increasingly sophisticated wine drinkers, and by the 18th century the wine trade soared, especially in France, where Bordeaux became the preeminent producer of fine wines. The development of distinctive strains of wine grapes led to the production of regional wines with easily recognizable characteristics.

The early label designs in Europe were simply small identifying pieces of parchment tied with string around the neck. Later identifiers included carvings in the base of a pewter stand describing the region of the wine. By the 1700s, labels were designed on a stone. Ink was then applied and a roller transferred it to paper. By 1798, lithography had been invented and wine labels could be printed in mass quantities. As winemakers gained more and more pride in the quality of their wines, creating the perfect label to show it off became more and more important. Designs and especially color became prevalent. 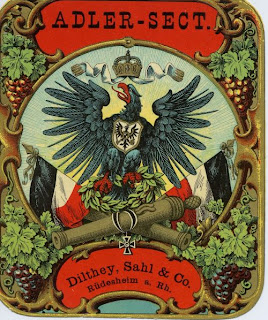 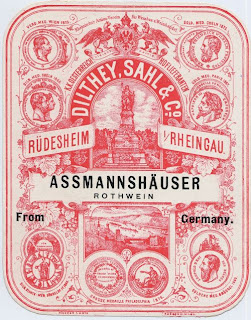 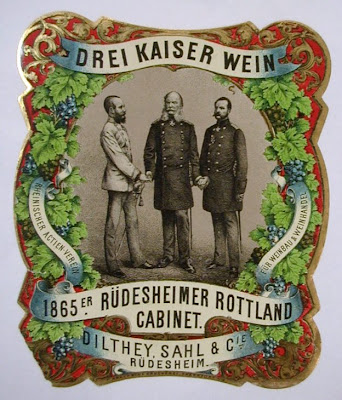 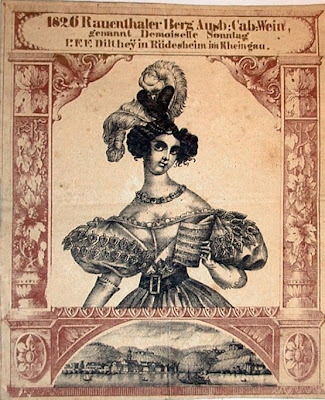 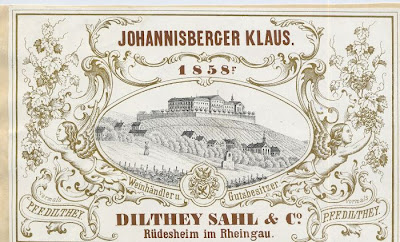 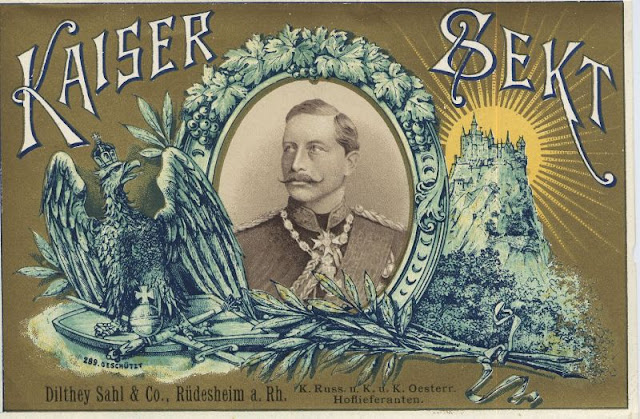 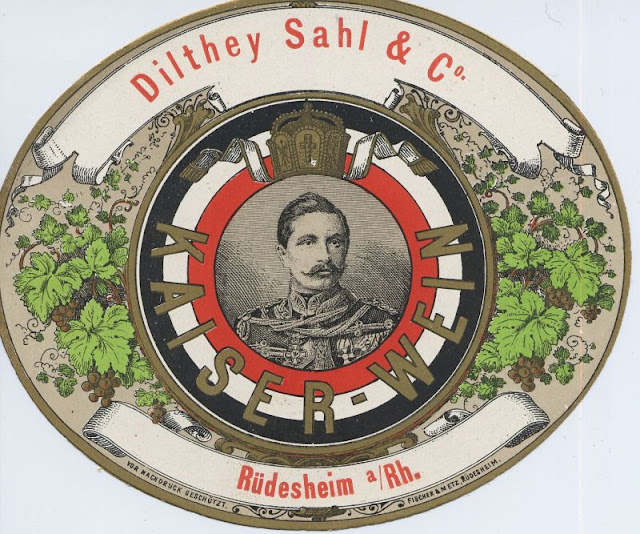 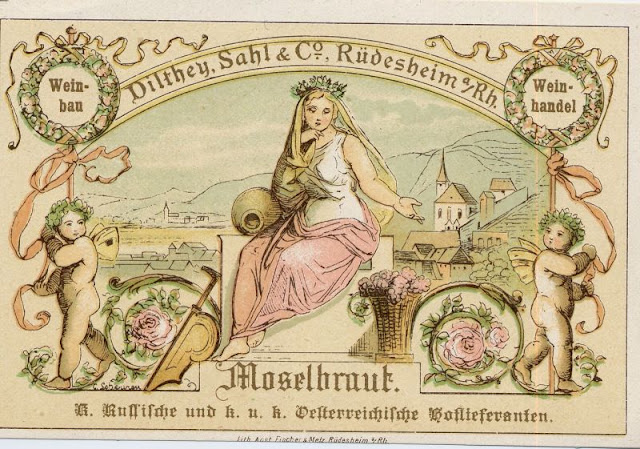 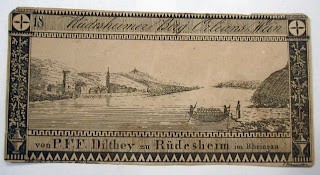 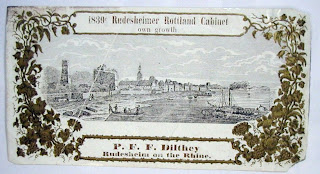 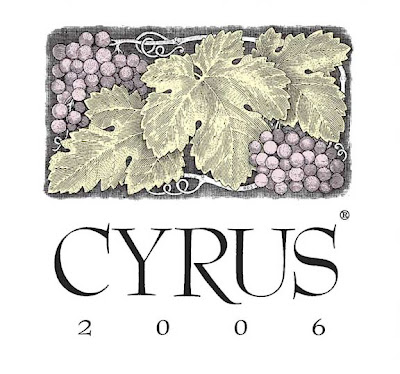 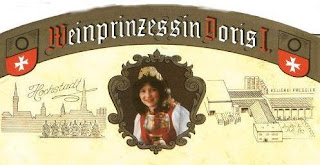 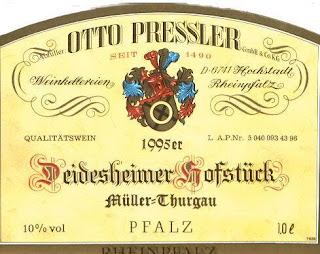 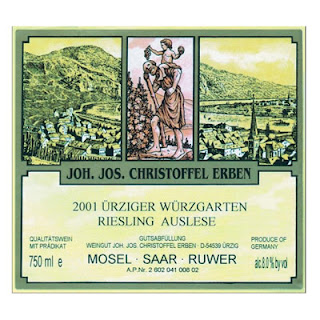 Since 1974 certain Vietti wines have been dressed with specially-designed original works (lithographs, xylographies, etchings, silkscreens, linocuts) inspired by the wine of that particular vintage. The print run is the same as the number of bottles produced, and the first hundred labels are signed by the Artist. Each work is only used once, just for the wine of that vintage


One of the most sought after, prized, collected, and prolific wine brands of all time is Mouton Rothschild. The long-standing tradition of the quality of the wine was surpassed only by the early marketing techniques applied to the brand by the founder’s predecessor (and great-grandson,) Baron Philippe de Rothschild.

In the 1920’s, marketing wines with beautiful labels was one of many ambitious moves by Philippe de Rothschild to propel and modernize his winery. Philippe enlisted important artists of the time to create original designs to enhance the marketing ability of the wines. This became a permanent practice of the winery in 1946, and the tradition has only been broken a couple of times since for special commemorations.


In antiquity wine was generally stored in amphorae, or large, usually earthenware or silverware jars, and served in jugs. However, glass was too fragile to use for storing or transporting wines. Hand-blown bottles were more often used for serving wines while barrels or large clay pots (amphorae) were used for storage. When necessary, some of the tear-drop-shaped glass bottles were wrapped in straw both to protect the glass from breakage and to allow the bottle to stand upright on a table (now associated with the traditional marketing of straw-wrapped Chianti bottles).

It was the invention of the coal burning furnace that brought about the next major change. Sand won’t melt into glass until the heat reaches at least 1500 degrees. Hotter 17th century coal furnaces allowed for creation of thicker and darker glass. This ability, paired with the new cork closures which came into fashion at the same time, brought forth the use of strong glass bottles for wine transport and aging. At this time, before standardized sizes and long before labeling laws, bottles were of many different shapes and sizes and rarely labeled with anything but a maker’s stamp or painted mark.

The olive green hue to the glass varied from light to dark due to the level of impurities in the ingredients of the glass, but not by design.Gradually the bottle took on a flatter base and so became self-supporting. The bodies were often onion- or balloon-shaped while the necks varied from long to short, depending on the preference of the particular country. In the eighteenth century the shape became cylindrical and this allowed the bottle to be "laid down" on its side. Modern bottles have retained the basic cylindrical shape but may vary according to the type of wine or the practice of different countries. Many German wine bottles, for instance, have very elongated shapes.