Now, instead of a mass audience consuming media from a single source, we have multiple sources, multiple channels and multiple audiences. Every participant is potentially a sender as well as a receiver of information, and the barrier to entry is no longer the fortune required to set up a TV station or a newspaper, but the price of a PC and an Internet connection. Much of contemporary political graphics in particular is designed with the internet in mind…with the steady growth of broadband connection, a full-color poster can be created as a digital file small enough either to send by email or to download from a website set up for the purpose, and printed by the recipient in as many copies as necessary or simply passed on digitally."

—Colin Moore,
Propaganda Prints: A History of Art in the Service of Social and Political Change, A+C Books, London, 2011


With a greater acceptability and penetration of digital media a growing number of graphic designers are abandoning traditional studio media -- those good old pen, ink and paper -- in favour of Computer Aided Design, using graphic design softwares and various desktop applications like Photoshop, Illustrator, and so on. Storing their portfolios on clouds that give them file syncing capabilities, these designers can easily access their artistic portfolios which then can be submitted to clients or to be shared with the other contributing artists in a project.

The digital design programs make it possible for the artists to publish their portfolios on their own sites. Digital media are faster and provide an incredible amount of capability and flexibility at the fingertips of designers, to redraft, recompose or rescale their artworks, change their colour schemes, and add various visual impacts in an instant. However, what these programs cannot offer is artistic sensitivity and design creativity. For instance, if one Googles for images on "digital graphic design" one will see numerous examples of cold and tasteless digital illustrations with all kinds of digital trickery but without any artistic merit. This can be contrasted to the designs of the times bygone when art and science had not yet diverged and documenting the visual world was still an artist's crucial role, when natural history artists and skilled printers created works that exude stunning artistic characteristics.

Many experimental and innovative proponents of Computer Aided Design argue that the digital media should supplant traditional graphic design techniques and designers should discard their time-honored media; such as graphite pencils, fineliners & studio markers, airbrushes, compass sets, scale rules & rulers, templates & stencils, and so on in favour of digital design. While the more traditional artists maintain that conventional drawing instruments are indispensable for artistic creativity. Of course, hand-drawn images have long been essential for visual communication of complex phenomena, where the artists created simple, clear, and meaningful images by focusing on the most important details required in the information set.

Today many young designers are faced with a dilemma; do they need to learn how to hand draw perspectives or other visual effects in traditional techniques, when computers can generate similar representations in a fraction of time?. It stands to reason, of course, to argue that acquiring any set of techniques, be it a well developed skill in traditional art or learning how to illustrate with a digital software is always a worthwhile endeavour that make any artist a better one. However, having a solid foundation in drawing is particularly important for an artist when one wants to realize a vision. The traditional drawing skills equip artists with versatility, dexterity and facility to visually communicate complicated concepts more intelligently, and in an intellectually more sophisticated manner. They allow the artists to exaggerate certain feature of their images, while reemphasizing or deleting some other segments in order to create more harmonious compositions and at the same time enhancing the artistic integrity of the image. The computer aided designs do such functions with preset software limits and do not allow for improvisation and innovative thinking.

Unquestionably, to have the option of creating a design promptly and manipulating its composition, scale, or colours swiftly and so effortlessly are great advantages of computer aided design. However, I personally prefer to use digital software as a complementary tool to my traditional drawing media.  I can study and explore further dimensions in my artistic visions that probably weren't possible in the past at such time-efficient manner. For example consider the following two digital versions of one of my traditional works. 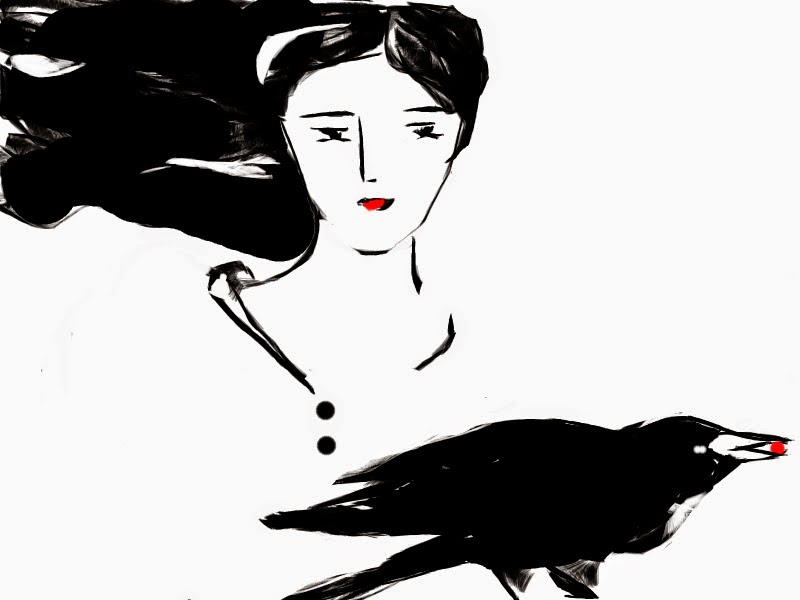 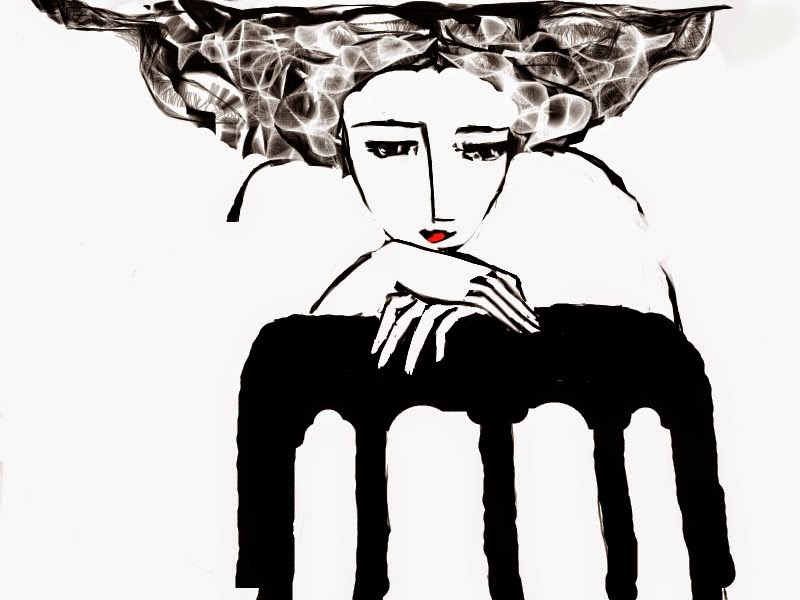 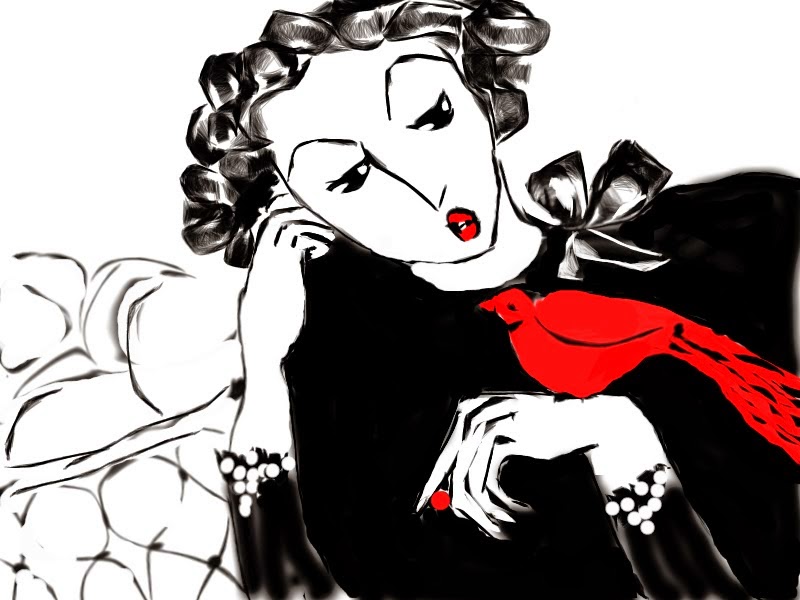 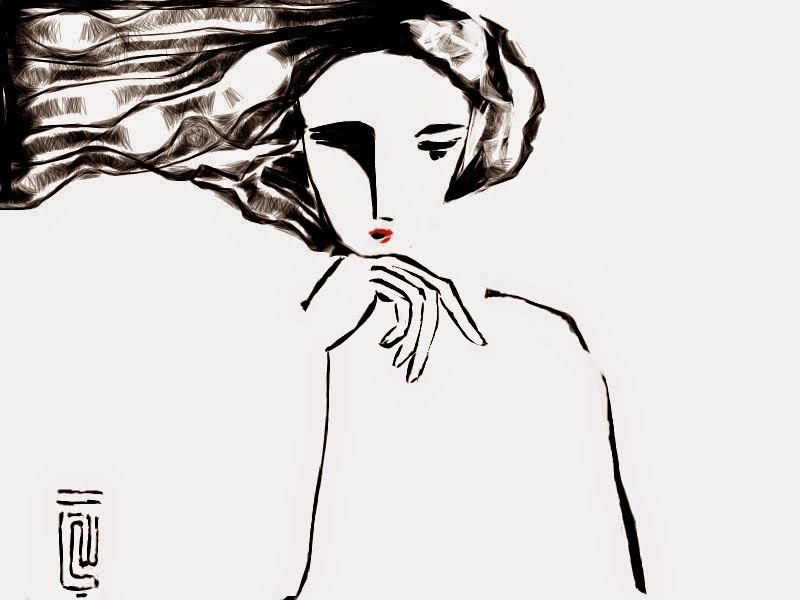 Technology has allowed me to take the advantage of a wider set of capabilities to experiment and explore my artistic vision, and thus communicating visually with a wider audience. Working digitally also allows me to return to my previous works afresh and examine them in lights of new ideas that I otherwise may not have time to do. The following digital images show how other graphic designers use digital capabilities in tasteful and artistic way.

Of course as a "Graphic Designers"  one needs  to master the use of Illustrator, Photoshop and Indesign. This familiarity would allow us to have a greater focus  in our web design on pre-print production, typography, the design of logos, brochures, posters and images, as well as in designing  brochures, product design, advertising, and merchandise.

A Digital Designer is more technically oriented.  She may work on website design, mobile apps, and other online content for a range of industries. She may also work in 3D modelling or 2D animation, which require a more in depth understanding of various computer languages. 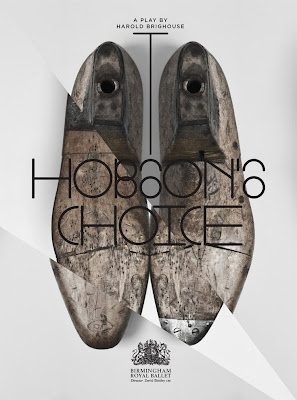 Today digital media designers are generally trained in animation, motion graphics, screenwriting, video editing, digital audio production and video production.  Digital media designers, like their traditional graphic designers are visual communicators that convey information via their web design, digital imaging, screenwriting and media production.  They create their work in a digital or electronic format, which are digital replica of print material, the product is created from scratch to be accessed on a digital platform.

Web design encompasses many different skills and disciplines in the production and maintenance of websites. The different areas of web design include web graphic design; interface design; authoring, including standardised code and proprietary software; user experience design; and search engine optimization. Often many individuals will work in teams covering different aspects of the design process, although some designers will cover them all.

Graphic designers mode of production  is only suitable for a small  market  and it is relatively more expensive. Obviously, any dissemination of information would be more efficient and less costly via web design. However, one needs to rely on the support facilities of  web/internet providers.

Designers should aim to create designs that users will find easy to use and pleasurable. User interfaces are the access points where users interact with designs. Graphical user interfaces (GUIs) are designs’ control panels and faces; voice-controlled interfaces involve oral-auditory interaction, while gesture-based interfaces witness users engaging with 3D design spaces via bodily motions. User interface design is a craft that involves building an essential part of the user experience; users are very swift to judge designs on usability and likeability.

For example, a Digital Designer will use UX/UI factors in an e-banking system looking at the processes for a checkout. Was the experience for the user easy and were they able to successfully navigate their way to making a purchase in as little time, effort and knowledge as possible? Examples such as Google, the iPhone, the iPad, and the Amazon Kindle have shown that user experience is an important product differentiation. Consumers will buy and use products based on their design, usability, and appeal. This expectation for well-designed products has even translated to business applications, such as Salesforce.com and SAP’s Fiori mobile apps, as employees have come to expect enterprise software to be as easy to use as consumer applications.

The three key elements of a UX design process are:

The color mode of graphic design and web design used are completely different. Due to the rely on printing, the graphic design usually uses CMYK color model — named after the four base colors of the model: cyan, magenta, yellow, and black. The four-color printing process uses four printing plates; one for cyan, one for magenta, one for yellow, and one for black. When the colors are combined on paper (they are actually printed as small dots), the human eye sees the final composite image.

Web design uses RGB according to its special imaging model, which is made up of red, green, and blue.  RGB model is used on  computer monitors and is what a user  will view on the screen. Thus RGB is retained for projects that are designed to stay on screen (websites, online documents, and other Web graphics, for example).

The RGB colors, however, can only be viewed with natural or produced light, such as in the computer monitor, and not on a printed page. This is why CMYK dominates the commercial printing world .  When two RGB colors are mixed equally they produce the colors of the CMYK model, which are known as subtractive primaries.
Given that computer monitors are only capable of displaying images in RGB,  graphic designers must work on screen in RGB, although their final printed piece will be in CMYK. Digital files should be converted to CMYK before sending them to commercial printers unless the print shop requests something else. Furthermore, some programs, including Photoshop, which uses RGB for photography, limit what one  can do to CMYK images.

Typography plays a crucial role in web design. Different font styles communicate different subconscious messages to people. For instance, geometric fonts with homogenized proportions tend to represent design purity, cleanliness and simplicity – values that many technology brands are currently keen to express. Many fashion houses, on the other hand,  prefer high contrast modern designs with their elegant hairline strokes, bracketed serifs and smooth arching curves, expressing a timeless style. Trying to appear more human and consumer friendly, commercial  banks, following the financial crisis of 2008/09 have shown a tendency to move  away from authoritarian serif designs in favour of softer expressions. 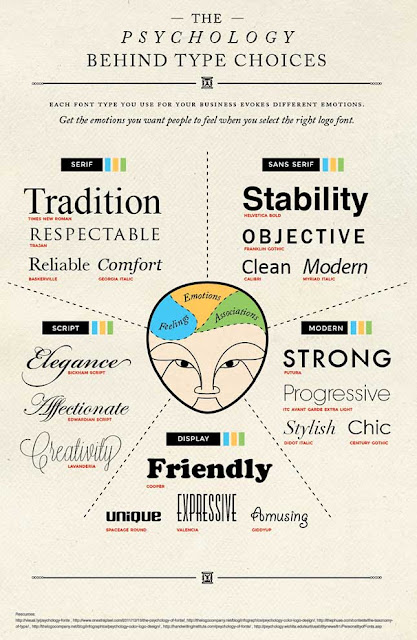 A web designer must start by considering whether a serif or sans serif  type is suitable for his project.  Serif  are the little ledges that adorn  the tips  various letters. They originate from carved inscriptions, mostly from the Roman Imperial period.  Sans-serif fonts, on the other hand, don’t have these ledges. Some modern sans-serif fonts do have little embellishments on their tips, making you look twice, but they’re still considered sans-serif fonts. Both serif and sans-serif fonts can be used for larger blocks of body copy. Typically, serif fonts give the page a more conservative, classy, or newsy look, while using san-serif fonts yields a cleaner, more modern feel. 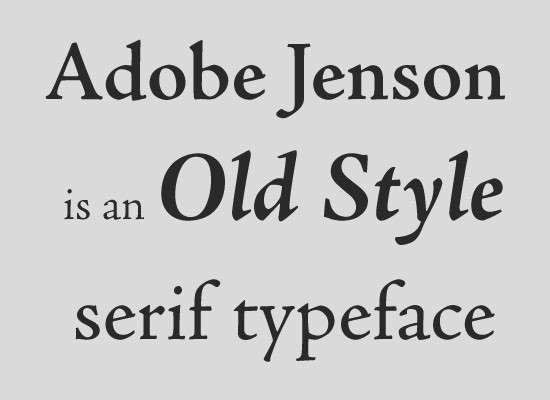 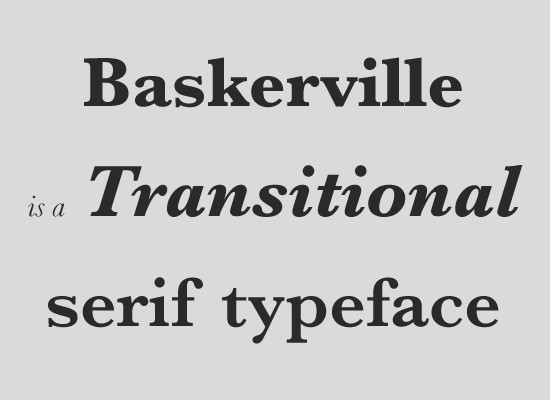 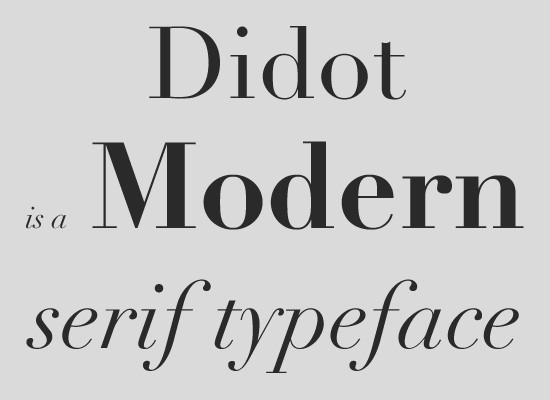 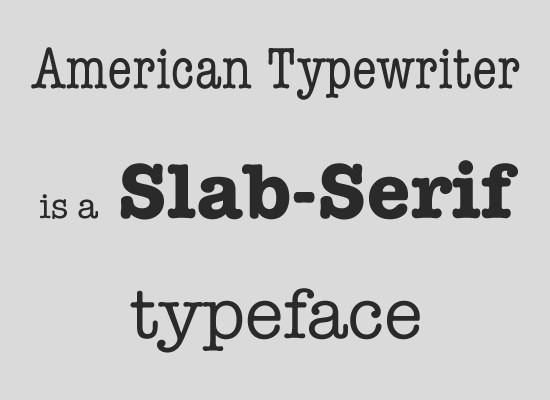 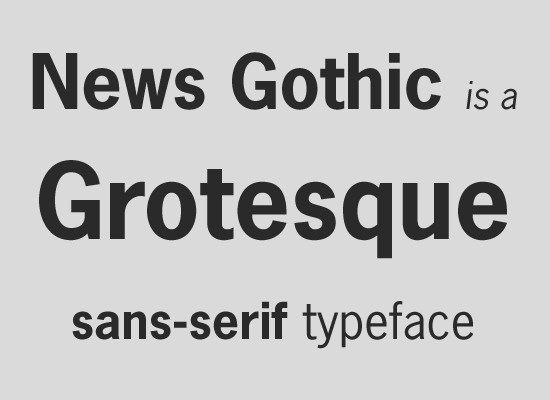 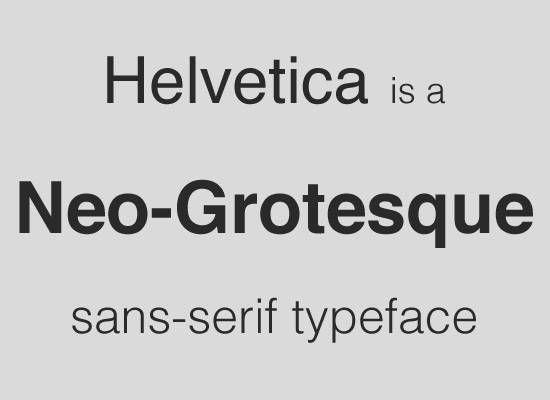 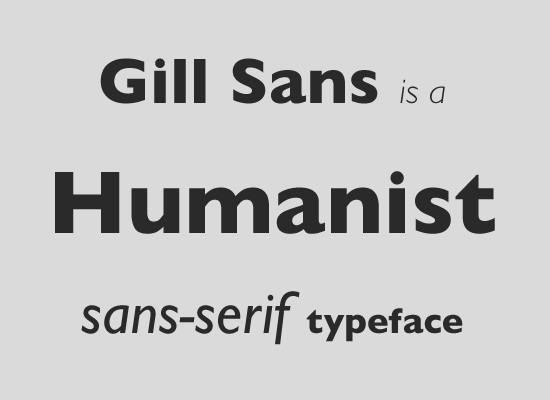 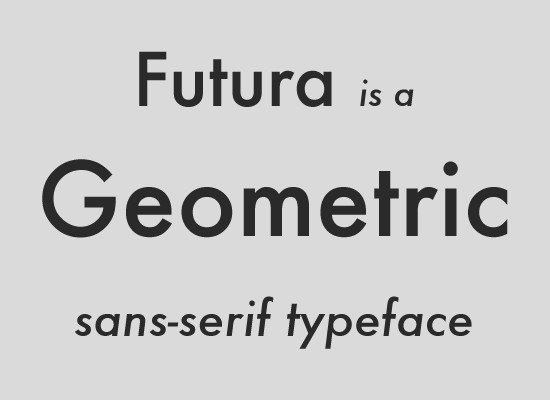 Hennessy, Sara. 1999. “The Potential for Collaborative Problem Solving in Design and Technology.” International Journal of Technology and Design Education 9: 1-36.