"When I joined Google as its first visual designer, the company was already seven years old. Seven years is a long time to run a company without a classically trained designer. Google had plenty of designers on staff then, but most of them had backgrounds in CS or HCI. And none of them were in high-up, respected leadership positions. Without a person at (or near) the helm who thoroughly understands the principles and elements of Design, a company eventually runs out of reasons for design decisions. With every new design decision, critics cry foul. Without conviction, doubt creeps in. Instincts fail. "Is this the right move?" When a company is filled with engineers, it turns to engineering to solve problems. Reduce each decision to a simple logic problem. Remove all subjectivity and just look at the data. Data in your favor? Ok, launch it. Data shows negative effects? Back to the drawing board. And that data eventually becomes a crutch for every decision, paralyzing the company and preventing it from making any daring design decisions." -Doug Bowman. Former Design Lead at Google.

User Interface Design is not different from any other design manifestations such as book covers posters, film title sequences and so on. At its best, it is a balanced and uncluttered arrangement of various design elements such as colors, lines, white-space, typography and so on that tries to transmit a visual information in an efficient clean and agreeable style. A fine design is a disciplined design. But, its discipline is not imposed, it is an organic constituent of the whole design. No designer can use a checklist of various criteria in order to create a good design. The final outcome in such a process, at best, will be an artificial "something".

An artistic design is an act of creation of a balanced composition with its own set of meticulously defined aesthetic criteria, which stimulate intellect and intuition. The power of its magic is revealed when somebody copies that act,. No matter how brilliant the copy is, all those disciplinary criteria in the original will be completely annihilated -- the copy wouldn't be a piece of art.

There is always a tension between artists and technical teams, engineers, or developers. Authentic art doesn't care about technical aspects, and that is how it should be. The best art forces all to bow; the technicians should be at the service of the artists. They have to make everything possible to adhere to the wishes of the artists -- no compromise is allowed. That is the art's command. Compromise corrupts and contaminates the art. If the technicians, and developers find they cannot execute the command of an artist they have to walk away and let more competent technicians replace them. Unfortunately, in today's organisation of the industry, they are technicians who are supposed to know best; after all, they’re the ones bringing an application into the market on time, and if it sells, who cares what it looks like. And this is how the art has been marginalized in today's digital world. 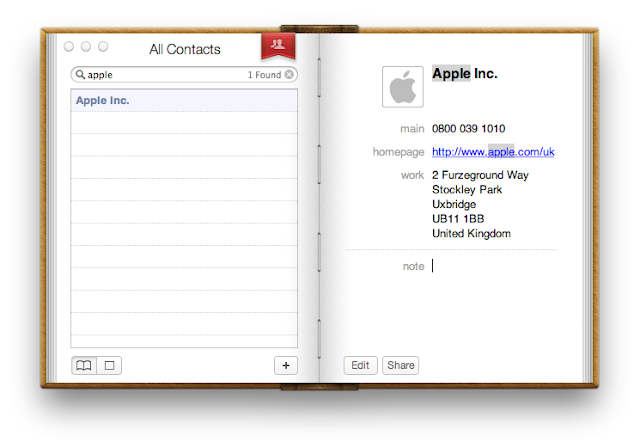 There are always those apologists who argue design is not completely an aesthetic concern, nor is development an entirely technical one; designers must consider how functionality affects form, and developers must be creative in building out functionality. A typical argument is:


"Unfortunately, current design discourse is not very supportive of its community. One reason is the largely (auto)biographical artifact of the designer as a lone, artistically creative and publicly visible genius who is far ahead of his or her time. In fact, such designers, rare as they may be, usually derive their visibility and aesthetic influence from being promoted by influential producers or corporations who need them, much like medieval court artists were adopted by rulers to hide their power behind cultural concerns. This ideal, pursued by many but achieved by few, is hardly supportive of a viable design community. It conceals both the hard work that goes into design research and practice and the actual failures that could enter the stock of professional knowledge and be instructive to other designers. Its individualism marginalizes the collaborative or dialogical nature of most design accomplishments and retards knowledge of successful team methods in design. It also sidesteps the political and managerial skills by which good designers become who they are. The self-serving fiction of the ingenious designer seems almost parasitical on the very discourse community without which he or she can hardly be." An Invitation to a Responsible Future.

This is of course the root cause of mediocrity in today's digital art. Design is absolutely an aesthetic concern, created by an individual artist and not by the conveyor belt of a viable design community. Development is an entirely technical issue, it is done in a cooperative framework -- that tries to homogenize and standardize. If a designer creates a new form the functionality must be redefined, reparametrized, and reevaluated by technicians. Dada design could not have come about if printers of the early 20th century had the power to impose on them their definition of functionality. 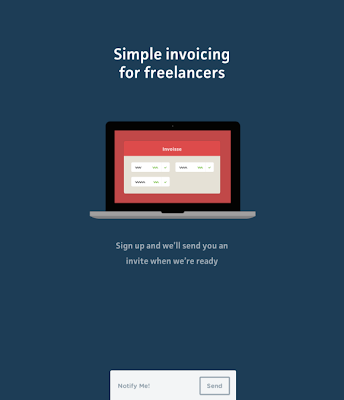 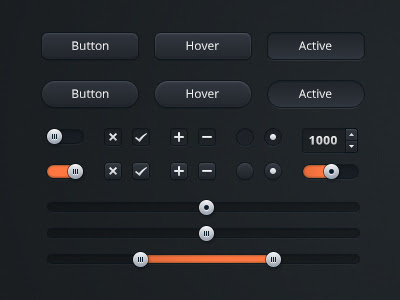 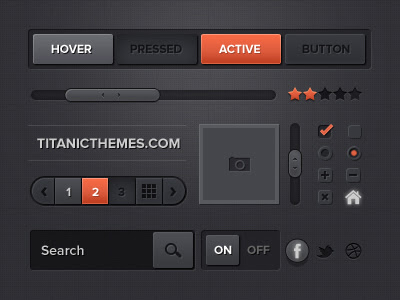 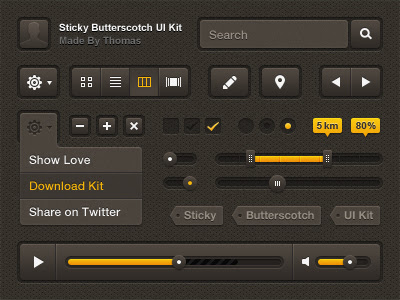 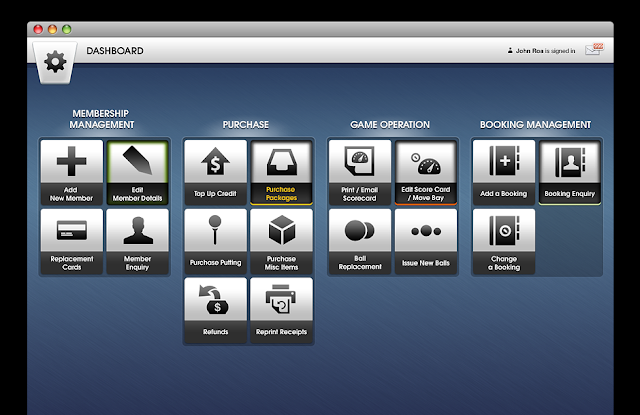 In this context it was Apple's push toward skeuomorphic interfaces in its iOS and OS X platforms that reportedly started a polarizing non-topic within the IT industry and User Interface designers. There are reports that Steve Jobs, who had an undeniable artistic taste, was one of the first proponents of the controversial design scheme. Of course, such reports may just be the interpretation of those who do not have any clue about how to comprehend an artistic taste, and assume that it can be summarized in a set of characteristics under the label of skeuomorphism. Skeuomorph is defined as "an ornament or design on an object copied from a form of the object when made from another material or by other techniques, as an imitation metal rivet mark found on handles of prehistoric pottery". Some designers have used the term to describe the representational designs.

In fact, as we discussed in Chapter 43, in 1926 Magritte in his "Ceci N'est Pas Une Pipe" had already exposed the contradictions that exist between the visual and textual representations. However, that philosophical inquiry about the authenticity of representation, as developed for example by Foucault in his book The Order of Things in which his thesis that the law of nature is constituted by the difference between Man's language and his observations appears to be absent in the recent UI controversy regarding the virtues of Flat Design relative to Skeuomorphism.

In this context UI designers were mostly talking about Apple's aesthetics of skeuomorphic interfaces such as calendars with faux leather-stitching, bookshelves with wood veneers, fake glass and paper and brushed chrome. Some have reported that that this visual representation style was first implemented by software designers to help ease users into the unfamiliar world of computing. Apparently, the style has became unpopular,or as a New York Times article reports:


But Apple causes conniptions among designers when its visual metaphors seem outdated or downright archaic. (...) Apple’s use of textures representing physical materials is also often ridiculed. In addition to linen, Apple has found opportunities to decorate the borders of its software, including the Calendar app on the iPad and the Find My Friends app on the iPhone, with a tan faux-animal skin that some critics have sarcastically called Corinthian leather, after the upholstery used in Chrysler cars in the 1970s.

Apple design chief (Sir) Jonathan Ive, who has been named as one of the most influential people in the world in 2013's TIME 100, is reported that has made his distaste for the visual ornamentation in Apple’s mobile software known within the company. It is expected that he would move the company toward a less skeuomorphic aesthetic after the departure of Scott Forstall in 2012.


On the other end of spectrum Windows 8 has adopted the Swiss Grid Style under the banner of Flat Design which is becoming a new trend. Recall from chapter 42 that the Swiss Grid Style asymmetrically organized the design elements on a mathematically-constructed grid in order to create visual unity in a composition in the most legible and harmonious means for structuring information. It presented visual and textual information in a clear minimal and factual manner with sans-serif typography. Flat design also uses a minimalistic approach that emphasizes usability, with clean, open space, crisp edges, bright colours and two-dimensional/flat illustrations. 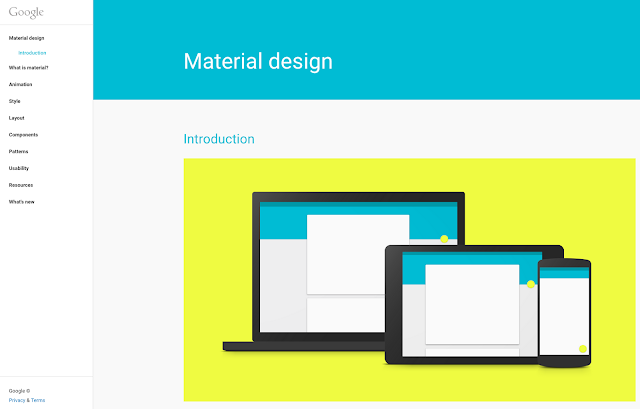 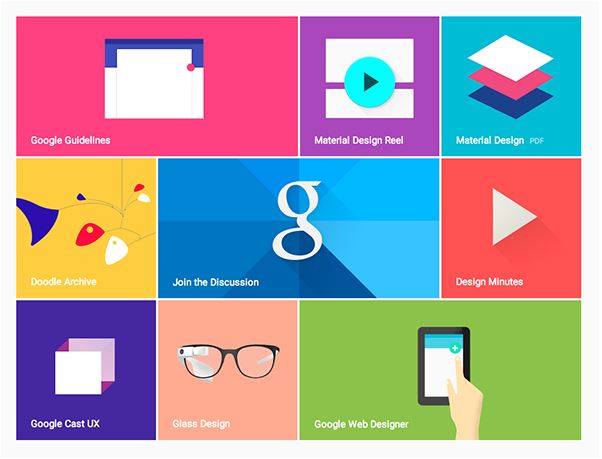 In 2015 Google unveiled Material Design. “Material,”  was used as a metaphor, as Google explained:


A material metaphor is the unifying theory of rationalized space and a system of motion. Our material is grounded in tactile reality, inspired by our study of paper and ink, yet open to imagination and magic.

Critics of flat design argue that it’s gone too far; that it was too radical in removing all skeumorphs, even the useful ones. Material Design  appears as a synthetic approach to flat design, using harmonic gradients, layering, and animation to simulate a sense of the reality while still retaining all the aesthetics of flat design.

One of the main principles of material design is to mimic effectively the real world, but to adhere to aesthetics principles. Avoiding overly realistic look at the expense of visual balance.

Material is in fact a synthesis of skeuomorphic and flat design as some elements of the two styles  are combined to provide a clean and attractive layout. Incorporating a number of the Swiss grid system's principles. Material Design has a set of theoretical principles:

Material is the metaphor 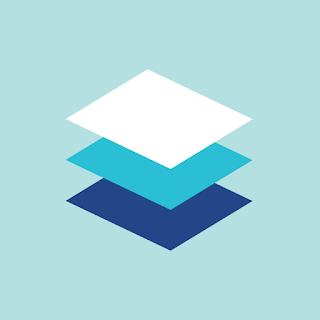 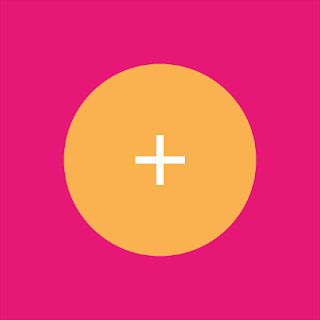 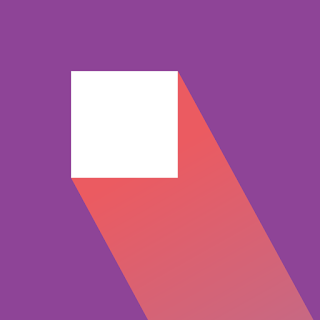 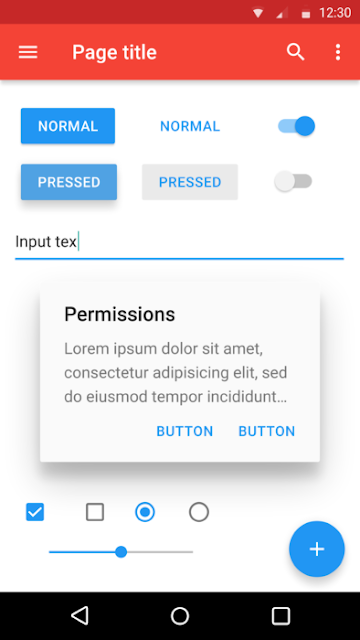 However, Material design at present is not that different from flat design.  Unfortunately, there  have been too much emphasis on its theoretical justification , and not much on creativity and imagination. It may encourage mass production of cookie cutter designs. As flat and Material designs expand their domination over internet, they inevitably become  boring and uninspiring. Everything then would be ready for a  new  paradigm shift.

Photo credit: Android
Material Design Lite, or MDL, a variant of “classic” Material Design, is based on its principles and optimizes them for all devices. To render it user friendly, MDL incorporates the general framework with templates and tools including guidelines, components, and so on.
One important advantage of   MDL is that all of its segments are open source. 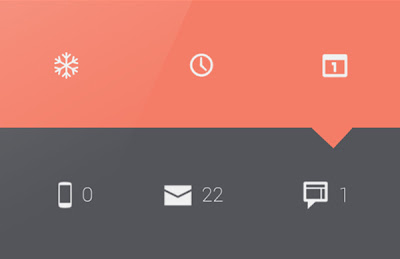 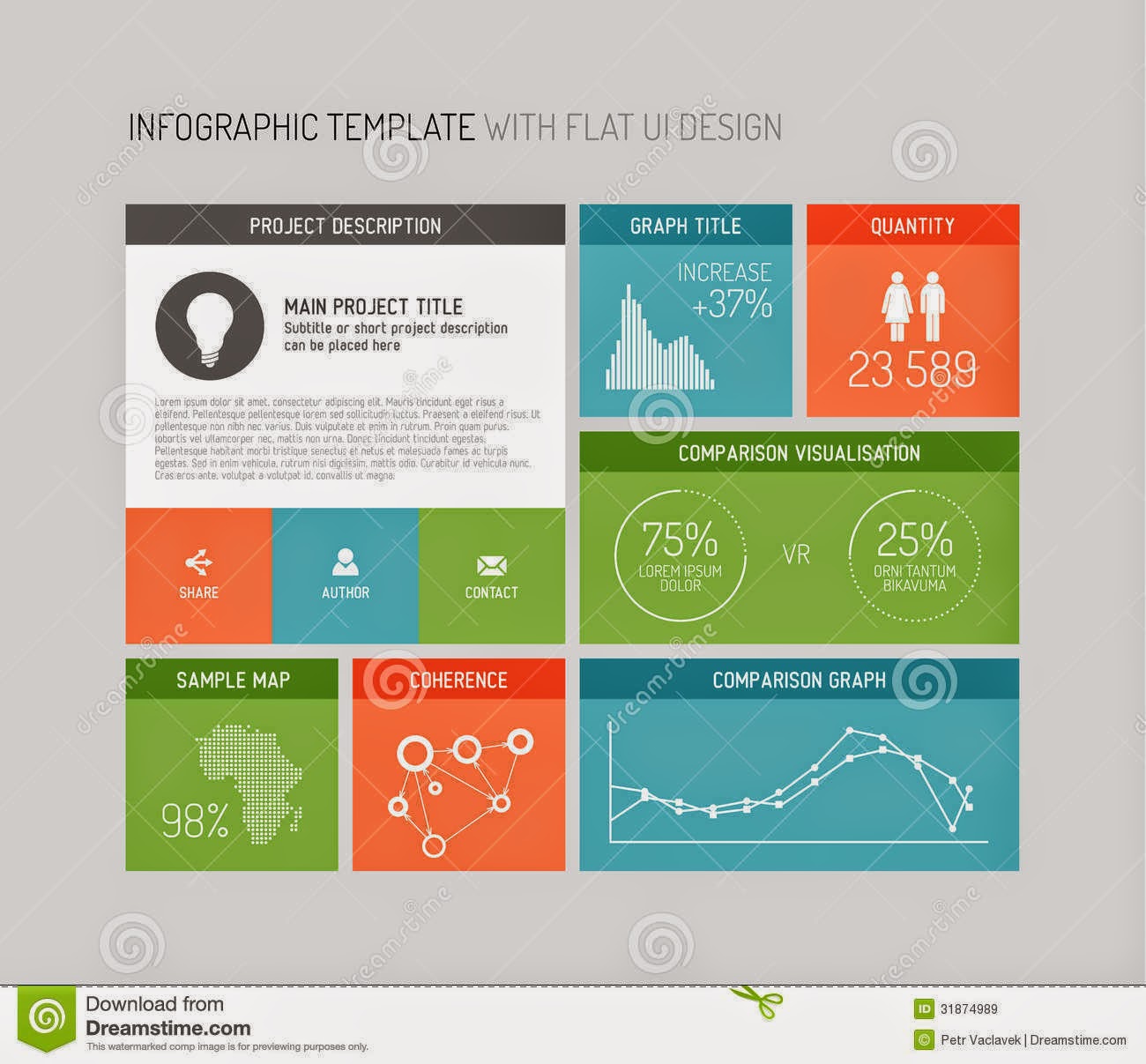 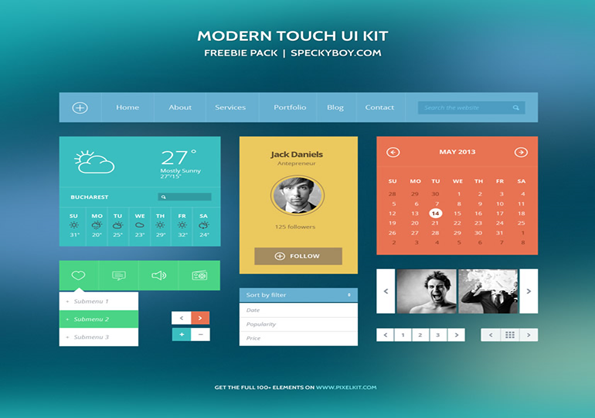 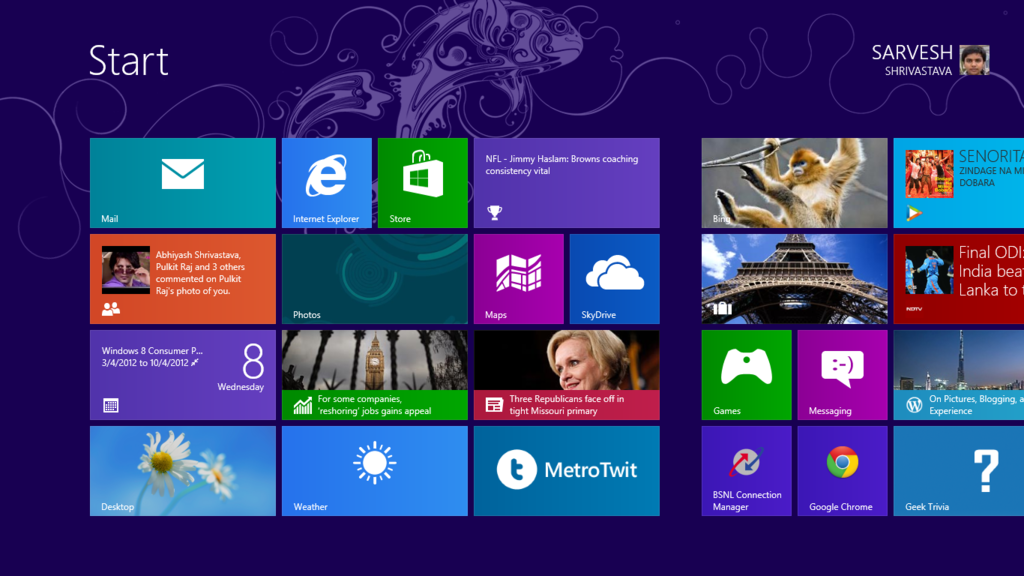 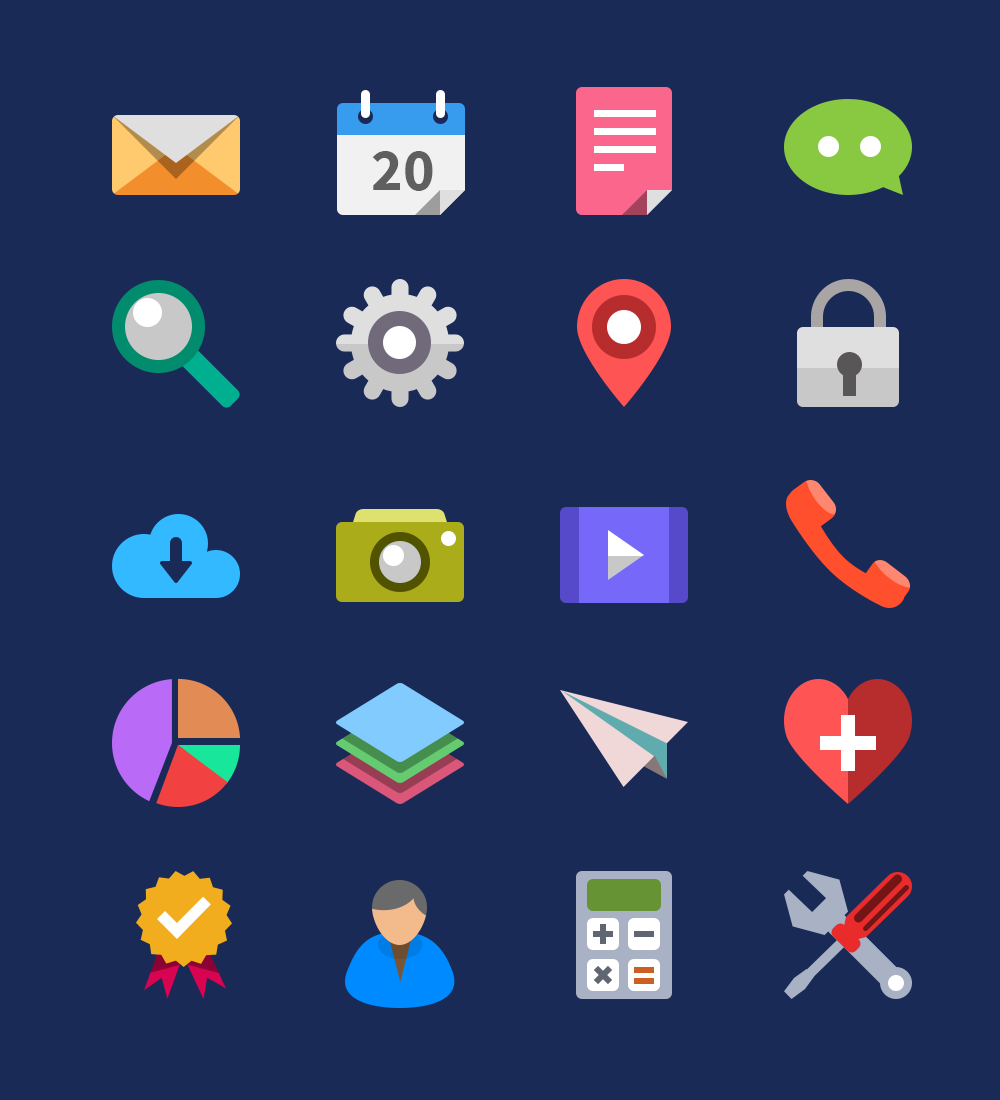 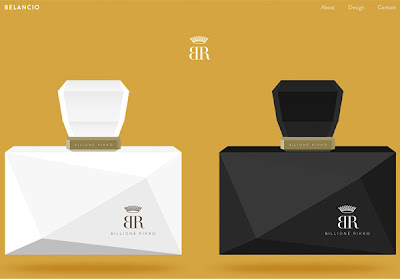 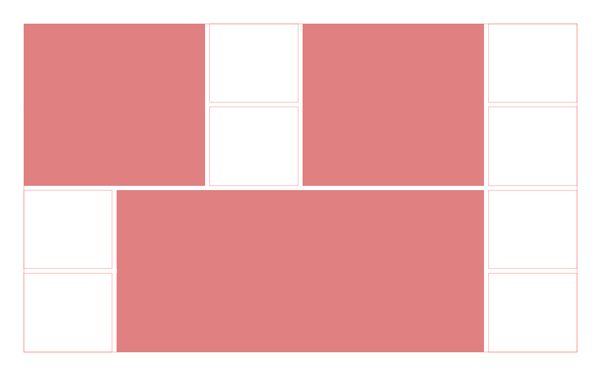 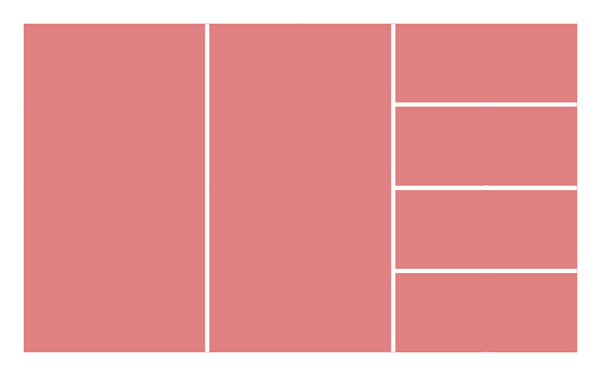 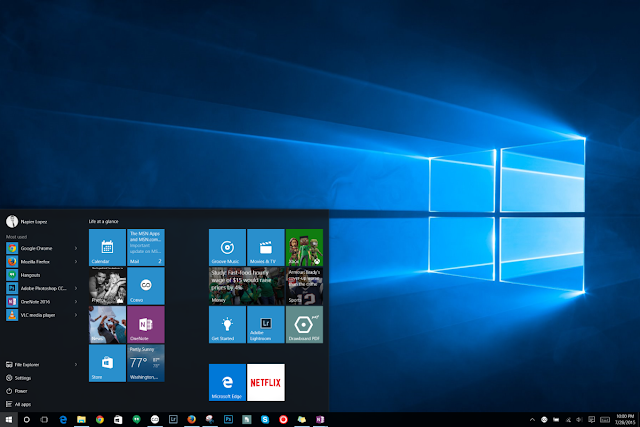 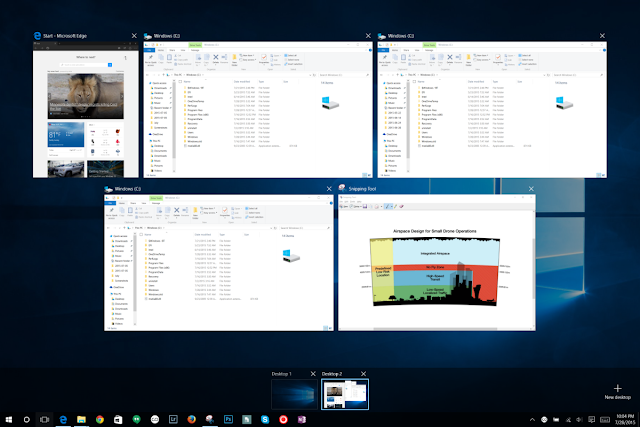 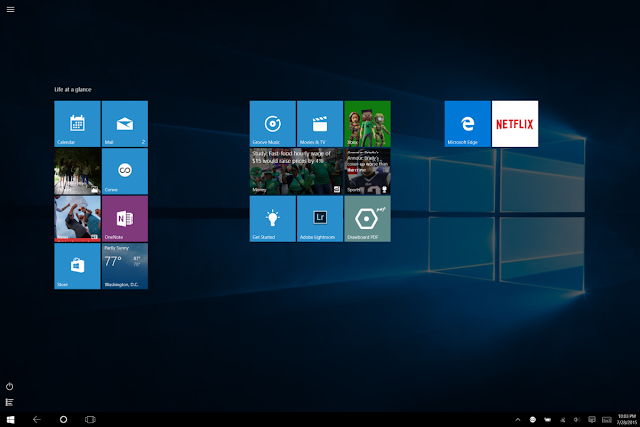 In Windows 10, introduced in 2015, Microsoft  has introduced a different approach to flatness, while abandoning all gradients, it has adopted some of the elements of Material Design. It offers more detail in blue, and maximize the potential of modern displays. Empty space has been rationalized using, more effective icons in high-contrast.

Fluent Design ( known previously as Project NEON) is a new Microsoft system that tries to overcome  the increasingly boring  look of flat design, using new multi-dimensional design techniques, such as transparency and blur, three-dimensional perspective and motions, and a system that works across the full range of devices.

Microsoft is planning to push the new system in different waves.


The focus on aesthetics as long as the products function smoothly would be a positive development . 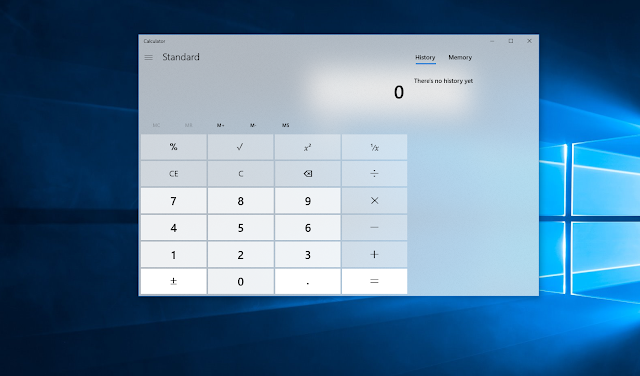 Microsoft is touting this as "an eloquent design system for a complex world,", a design language for a multi-sensory, immersive experience, and it's clearly driven to a large degree by the need to create a new experience for HoloLens and other augmented reality scenarios. Augmented, or mixed, reality experiences are -- by their very nature -- three dimensional in nature, and Fluent Design System is Microsoft's attempt to translate this idea onto the 2D screen of the average Windows 10 user, as well as the touchy-feely world of Microsoft apps on iOS and Android.