In designing a typeface, there is a need to represent a smooth curve. However, curves and surfaces must be agreeable to the eye of observer aesthetically and not mathematically. Nevertheless, the ability to represent and transform complex curvilinear shapes has improved markedly with the advent of computer graphics. Progress in the area of curve representation stemmed from the need of mechanical engineers in the 1950’s and 60’s in the automobile and aircraft industries to accurately define freeform shapes. Transferring curves from the drawing board to the pattern shop was inefficient and inaccurate when designs contained anything other than basic lines, circles and parabolas. Although they possessed the hardware that allowed machining of complex three-dimensional shapes, software to communicate the particular specifications was lacking. (Farin, 1988).

To solve this problem, Pierre Bezier, a French engineer working for the automobile company, Renault, used parametrically defined surfaces, expressed with polynomials exhibiting special characteristics, to develop what is now viewed as the beginnings of Computer Aided Geometric Design (CAGD). Unbeknownst to Bezier, Paul De Casteljau had just finished similar work, but because De Casteljau’s work wasn’t published until later, Bezier’s name is associated with these surfaces and curves. Bezier and de Casteljau’s insight into how to use these special polynomials to represent curves has had an important impact on the computer graphics field. The Bezier Curve representation is a method to represent a curve between 2 given points, by a polynomial parametric formula, with the additional idea of using a few “control points” that specifies the tangency of the given points.

A Bezier curve has two points (the context point and ending point) and two control ones (CP) that determine its shape. 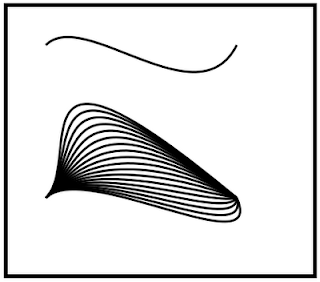 Paul de Faget de Casteljau was born in Besançon, France on November 19, 1930. After his studies he did his military service in the war in Algeria. Having returned toFrance, he applied for a job position as a physicist at Citroën in Paris in 1958. Already during the same year he developed signiﬁcant ideas within the local research group Fraisage Numérique of the department Service Outillage which would revolutionize the modelling of car bodies. His ﬁrst theoretical results were ﬁled with the French Patent Ofﬁce INPI (Institut National de la Propriété Industrielle, Paris). For quite some time, the circle of specialists never learnt anything about them. During the mid-sixties, Pierre Bézier at Renault, , came up with similar approaches and was able to publish them shortly after. This is why the curve class found by Paul de Casteljau is now called Bézier curves. Thanks to Prof. Wolfgang Boehm of the Technical University of Braunschweig, the fundamental work of Paul de Casteljau ﬁnally became known in the mid-seventies. Since then, the algorithm containing its central idea is rightly called algorithm of de Casteljau, which plays a central role in the area of modelling and representing geometric objects.

Glyphs are drawn using Bézier curves, but human intervention is necessary to make a precise mathematical design looks right. There are  a number of facts to take into account during the design process. A square appears to be square only if it is drawn 1% wider and the same is true for circular forms. To make a circular form appear the same size as a square, it should extend an extra 2% to 3% on each side. The point of a triangle appears to line up with a square only if it extends 3% further.

In more complicated curvatures it is recommended to use as few control points as possible. Too many points makes it hard to get a smooth, flowing line on a long curve. Too few points restricts the possible path the curve can follow. In designing a typeface it's good to get into the habit of placing the extreme left, right, top, and bottom points of a curve at the anchor locations with respect a rectangle enveloping the curve. For instance, on a circle, these would be at clock points 12, 3, 6, and 9. Of course, if the anchor points are on the extremes, the control handles will be either perfectly vertical or perfectly horizontal (assuming it's not a corner). Of course, a slavish conformity with these rules will not guarantee the creation of a good art, or even a convincing copy. In fact, the designers' who follow the analog artwork with a fair degree of accuracy usually discover that the results are less than ideal. It may be what the analog artwork actually looks like, but in the realm of digital outlines, it disappoints. As one designer has pu it " There is a difference between digital and analog art, and slavishly following an analog original, will not give you what you want."

Vector art is represented by collections of strokes and paths containing quadratic and cubic Bézier curves. Unlike conventional bitmaps, vector representations are resolution-independent and can be transformed arbitrarily without pixilation artifacts. 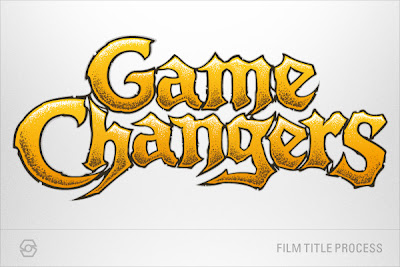